As part of our pre-conference workshops, the @GBGAIR will offer school visits to experience the PAX GBG implementation of behaviour influence strategies in the classroom. Only 9 spots left! 🗓 28/09/22 🌍 Tallinn, Estonia 🌐 euspr2022.exordo.com/registra… #EUSPR2022 #PreventionScience

Our 2022 EUSPR (draft) Programme is available online Check it out! euspr.org/draft-programm… #EUSPR2022 #PreventionScience

Dr. Yasemin Kisbu from @kocuniversity will be at the EUSPR Conference as keynote speaker on the ethical and practical implications of research methodology. 🐦 31st of July 🗓️ 28-30th September 🌍 Tallinn, Estonia 🌐 euspr2022.exordo.com/registra… #EUSPR2022 #PreventionScience

It’s so easy for all the great talks you hear at a multi-day conference like EUSPR’s annual get together to start to blur into each other, and that isn’t fair on the people who have presented.  All of them have carefully thought through the things they want to say and have practiced their presentations numerous times before the moment comes. But as a participant it’s two full days (three if you’ve been to the pre-conference workshops) of concentration, conversation and (convivial) catching up.

So this – as I sit waiting for the plane back to London – is my attempt to capture some of the themes that stood out to me from our time in Vienna.

The first thing to say is just how much of an impact the paper chosen for last year’s President’s Award – ‘Dark logic’: theorising the harmful consequences of public health interventions – had on this year’s conference.  There were numerous references and reflections that I heard over the last two days.  It’s really clear that what Chris said to us in Berlin, and the way that he and his colleagues set out their arguments in the paper, have had a profound effect on a number of leading lights in the EUSPR.

It seemed to me that the concept of “dark logic” articulates something that the prevention scientists and practitioners who make up EUSPR’s membership had been waiting for someone to articulate.  Of course all of us knew that there was the possibility of iatrogenic effects from interventions – Scared Straight is a salutary lesson for every programme developer.  But this paper took us to a different level.

In conversation with numerous people over the last two days it’s come up as part of a conversation and I’ve tried to reflect on why that might have been.  I went back to a talk given by Kasia Okulicz-Kozaryn in Paris a few years ago about why the Strengthening Families intervention hadn’t worked in her native Poland.  In my mind at least that talk opened up a stream of reflective and subtle conversations about what was going on in well evidenced programmes that we took out of their original settings and found didn’t perform as well as might have been hoped for.

So this year, whether it was Rosaria Galanti saying that we should never put together a logic model that doesn’t include dark logic ever again, or Nick Axford talking about how they’d used the concept to help practitioners to think through why an intervention hadn’t had the intended outcome, it was never far from our minds.

The second big idea that I think will stick with people is around the idea of a culture of prevention, as articulated by Harry Sumnall, but touched on by a number of speakers.  Harry suggests that we need to think more about what the idea of a prevention culture might look like as it has profound effects on how interventions are conceived and implemented.  A number of presentations by practitioners that I saw also touched on this indirectly; talking about the need to build a culture of advocacy for prevention. For example Rachele Donini and Marian Quinn gave contrasting presentations reflecting on the lack of that advocacy at a European level and what a difference it made in Ireland, respectively.

There’s also a cross over to the talk that Carl May made which walked us through Normalisation Process Theory and what it can bring to understanding what happens when we move from testing an intervention to implementing it.  He argued that by understanding implementation processes we move towards changing what people do (rather than what they believe); we can change the rules, resources and relationships that we bring together to mobilise action; and we can appreciate action in context (where context is dynamic rather than obdurate obstacles).  I took this to mean that we should try to develop our understanding of how people impact on our interventions and work with that rather than trying to remove human agency.

Kathryn Oliver’s keynote talk asked us to think about different perspectives on outcomes and how that impacts on prevention policy.  She pointed out that the intentions of policy makers and the environment into which interventions are introduced may contribute to their success or failure.  She also emphasised that that actors in the process  may weigh outcomes quite differently. As with other talks, Kathryn explored unexpected outcomes some of which may be deeply harmful to recipients of interventions.

Nick Axford had four reflections on the conference (over on Twitter) which I’d echo. He says he saw:

Personally, I also had some great and wide ranging conversations: with Frederick Groeger-Roth about the second life of evidence based registries;  Henrik Jungaberle about popularising prevention; Hanno Petras and Michael Marks about Social Impact Bonds and dynamic systems; Paul Weaver about crypto currency and timebanks as an addendum to our welfare system; Simon Moore about data lakes; Pierre Arwidson about One You; and  Larissa Sandoval about cultural adaptation, love and boundaries.

So I come home tired, but exhilarated by the state of our Society and wanting more of the stimulation that meeting with friends and colleagues at EUSPR always brings out.  Roll on next year!

*This blog represents Andrew’s personal views only, and not that of his employer(s) 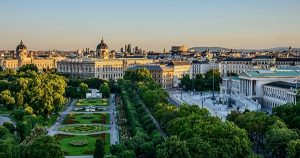